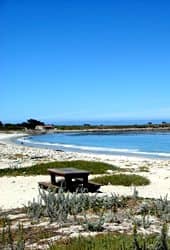 Our business has humble beginnings. Our chairman, G.J. “Jerry” Bichlmeier, a retired Los Angeles Police Officer, began selling insurance to his associates in 1961. Our current Board Member, Joyce A. Bichlmeier, CPIW, began servicing these policies from their home shortly thereafter.

As the years passed the business grew. Our President, Cary J. Bichlmeier, CPIA, Jerry and Joyce’s first son joined the agency in 1974 and became a principal in 1978. In the subsequent years, the business added markets and products. Through various sales efforts and acquisitions the business continued to grow.

Our Executive Vice President, Terry E. Bichlmeier, CIC, Jerry and Joyce’s second son, joined the business in 1987 after completing his business degree at Long Beach State. He became a principal when the business was reorganized in 1993. The main office in Hermosa Beach was expanded at that time to accommodate the growing business.

Our Board Member, Sherrie A. Bichlmeier-Malais, Jerry and Joyce’s third child, joined the business in 1980; in 1986 she became an agent. She became the Corporate Secretary on April 1, 2015.

In 2000 we opened a branch office in Van Nuys with strategic partner, the Los Angeles Police Federal Credit Union. Subsequently, we have added 6 additional strategic partners, including local credit unions and Remax franchisees. In 2004 the management of the business transitioned to Cary and Terry with the assistance of office manager Anna Sanguinet. Jerry and Joyce remain active in the business as producers, directors and members of the executive committee. On July 1, 2004 the main office was moved from Hermosa Beach to its current location in Redondo Beach.

Our closely held corporation services the insurance needs of individuals and businesses in California, Arizona, Nevada, Texas, and Colorado who hold over 8,900 policies with us. We have automated agency management, rating and communication systems. We are assisted by licensed agents and unlicensed support staff that share in the benefits of the organization

We are Independent Agents in Redondo Beach, California, free to choose the best carrier for your insurance needs. We do not work for an insurance company; we work for you. We work on your side when you have a loss and follow through to see that you get fair, prompt payment and service. Bichlmeier Insurance Services represents a carefully selected group of financially strong, reputable insurance companies, therefore, we are able to offer you the best coverage at the most competitive price.

What is an Independent Insurance Agent?

When you decide to buy a car, you wouldn’t purchase the first one you see. What if one day the automobile industry decided to make only one type of car, one make and one model. You wouldn’t have a choice!

The same situation holds true for insurance. You need insurance to drive a car, to purchase a house, to protect your family’s financial future and to run a small business. But if there was only one insurance company that offered only one type of insurance, car insurance, home insurance or business owner policy — you wouldn’t have a choice. The only solution would be going to that one company.

When you buy insurance, whether it’s for your home, your car or your business, you want an advocate who will properly assess the risks you face and give you an objective analysis of the marketplace, it’s up to you to make the final choice. 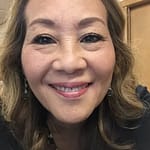 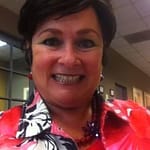